‘…It’s a complex and engaging read that will keep the reader going to the end. The Willow Man, burned by unknown vandals and then re-built, is a symbol of power and hope.’

‘The Willow Man by Sue Purkiss (Walker £4.99) is another children’s novel that’s not afraid of the issues – in this case, disability. Eight-year-old Sophie suffers a severe stroke… There’s a danger of putting the squeamish reader off with a theme like this (and many children are squeamish readers), but the light, sensitive touch of Purkiss’s writing carries it off. It’s compellingly readable… Both boys and girls of 10 and up would enjoy t 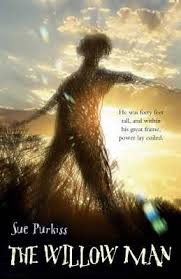 ‘This book was rather out of the ordinary and I didn’t expect or anticipate what would happen next. The book has a bit of everything… sadness, mystery, crime, excitement and scary bits all squeezed together in one gripping story. Although the book does have a happy ending it leaves other questions unanswered and the complete story is like a roller coaster as it has so many ups and downs, twists and turns… A real winner because it is unusual and different from anything else I have read.’

Joshua, reviewing for The Red House

‘A powerful and really moving story about where to place your faith. The characters are believable, in particular the author has captured the frustration of children without any power. The children feel they are not being listened to: their intense feelings of loss are of no matter… Highly recommended for children to read themselves or to be discussed in class. It deals with several issues skilfully and over all is the powerful presence of the willow man.’

‘… Sue Purkiss’s The Willow Man is drawn on a smaller classic canvas and is a satisfying read for children aged nine and above…the storytelling is deft and the issues of illness, dyslexia and bullying are not overdrawn. Nor do the pyrotechnics overwhelm the composition when the iconic Willow Man is destroyed by fire.’

‘This is quite a grown up book, but, like The Curious Incident of the Dog in the Night Time, I think it has a lot to offer both parents and children. My daughter loved this book and has reread it several times; I am sure gaining more from it on each reading. I would thoroughly recommend this to children of 8/9 and over (and their parents!).’

‘The mysterious Willow Man that stands atop a distant hill fascinates many of the local children that see it, but for some the figure represents more. Ash, whose father has long since left the family home, obsessively draws its image, while Sophie, recently paralysed, finds hope in the aura that surrounds the sculpture. What powers does the figure possess, and why are the children drawn to it? The Willow Man is an uplifting novel that will touch the heart of any reader.’

This story is a wonderful mixture of great hope mixed with empathy for all the different characters in it. ‘The Willow Man’ towers above them all, watching over Tom and Ash and ensuring Sophie gains strength and hope as she recovers from her stroke. Sue Purkiss makes the reader realise the strains and stresses on the whole family when one of them suddenly becomes ill.

I work in a hospital school and this book has been read by many of the patients, they can identify both with Sophie and Tom’s feelings and look forward to the future. The Willow Man is essential for any mainstream school library, as not only is it a good read, but also will contribute to young peoples’ understanding of disability and the effect it can have on siblings and their families.

‘It’s one of the rewards of being an historical novelist to be able to add ‘new leaves to an old tree’, as Vaughan Williams described his memorable variations on folk songs, and I’ve now read Warrior King with great pleasure. Fleda is my kind of girl (!) and Cerys the mist-weaver wonderful…’

Kevin Crossley-Holland, translator, poet, and author of books including the Arthur trilogy. 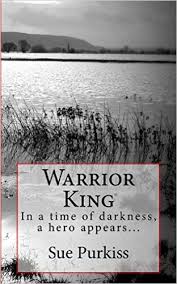 ll history lessons were as interesting and enjoyable as this book. Warrior King charts the life of King Alfred, known to most only for burning the cakes, but actually the only English monarch to be known as ‘the Great’. The story, told with a modern flair, begins with Alfred’s childhood and takes time to explain the relationship he had with his father and older brothers and the frustration he felt at being the youngest.. This enables the reader to appreciate his personality and helps them to understand his decisions and actions in later life. The pace increases and captures the excitement of Alfred finally becoming King. He has to face not only the threat of the terrifying Danish leader, Guthrum, but also the doubts of the British people. At first glance this book would appear to be one for the boys, however, with two strong female lead characters, Alfred’s daughter Fleda and the mysterious and magical Cerys, this will provide an equally satisfying story for girls…’

‘As Alfred plans for his eventual David and Goliath victory over the Danes at Edington, a Britain finally readying itself to emerge from the Dark Ages reveals itself through the eyes of a child. Its politics, its social structures, its religion and its daily life are written seamlessly into the storyline and Alfred appears just as he was; a man of unusual vision and high intelligence. Purkiss allows herself a tiny detour or two into the semi-supernatural. This isn’t so much a fantasy element as an explication of the spiritual beliefs at a time when not all of Britain was yet Christian. And of course, today’s children love a touch of magic as much as ever.’

‘This book is about a young boy in the 19th century whose father was the King of Wessex. He had six brothers and his name was Alfred. One day his father decided to take him to Rome because his father did not want him to become a warrior. He wanted him to be a priest. So he went to Rome in a ship called the Raven. When he got there he met the Pope and got blessed. He also visited St. Peter’s grave.

On the way back he saw all the wonderful scenery. He stopped in a village and met a girl who was the chief of the village’s daughter. He talked to her for a while and she asked him did he want to stay with her. His father then died and he now has to become the new King of Wessex. He must continue his father’s plans to keep the Vikings from invading Wessex and I can’t wait until I read the rest of the book to see what happens next. I rate this book a 10/10 so far and I would recommend it for children aged 10 and older.’

‘An excellent read and fine book. Sue Purkiss has produced a real page turner here – great plot and I loved the characters. Just the book to encourage our young readers and it begs for a sequel – I would love to meet up with Fleda again.’

‘Warrior King by Sue Purkiss (Walker Books) is set in the Dark Ages when what is now England was fragmented into separate kingdoms. The first part of the story focuses on the early days of Alfred the Great; the death of his mother and his tough upbringing with his brothers. Young Alfred’s travels with his father bring him into contact with people who will weave a pattern through his life. Later, the story is taken up by events in the life of Alfred’s daughter, Fleda. She’s a young teenager when the Viking Guthrum cuts a violent swathe through the country. When it’s time for Fleda to flee to a safe haven with her mother and siblings, she dresses as a boy and remains with her father. But the king is ill and is taken to a secret hideout to recover under the care of the enigmatic Cerys whose ancestors predate the Saxons. Between them they nurse the king back to health so that he can take on the might of Guthrum. Built on well-researched historic facts, Purkiss’s compelling story oozes with the atmosphere of the age. A thoroughly recommended read for teenagers and young adults.’ 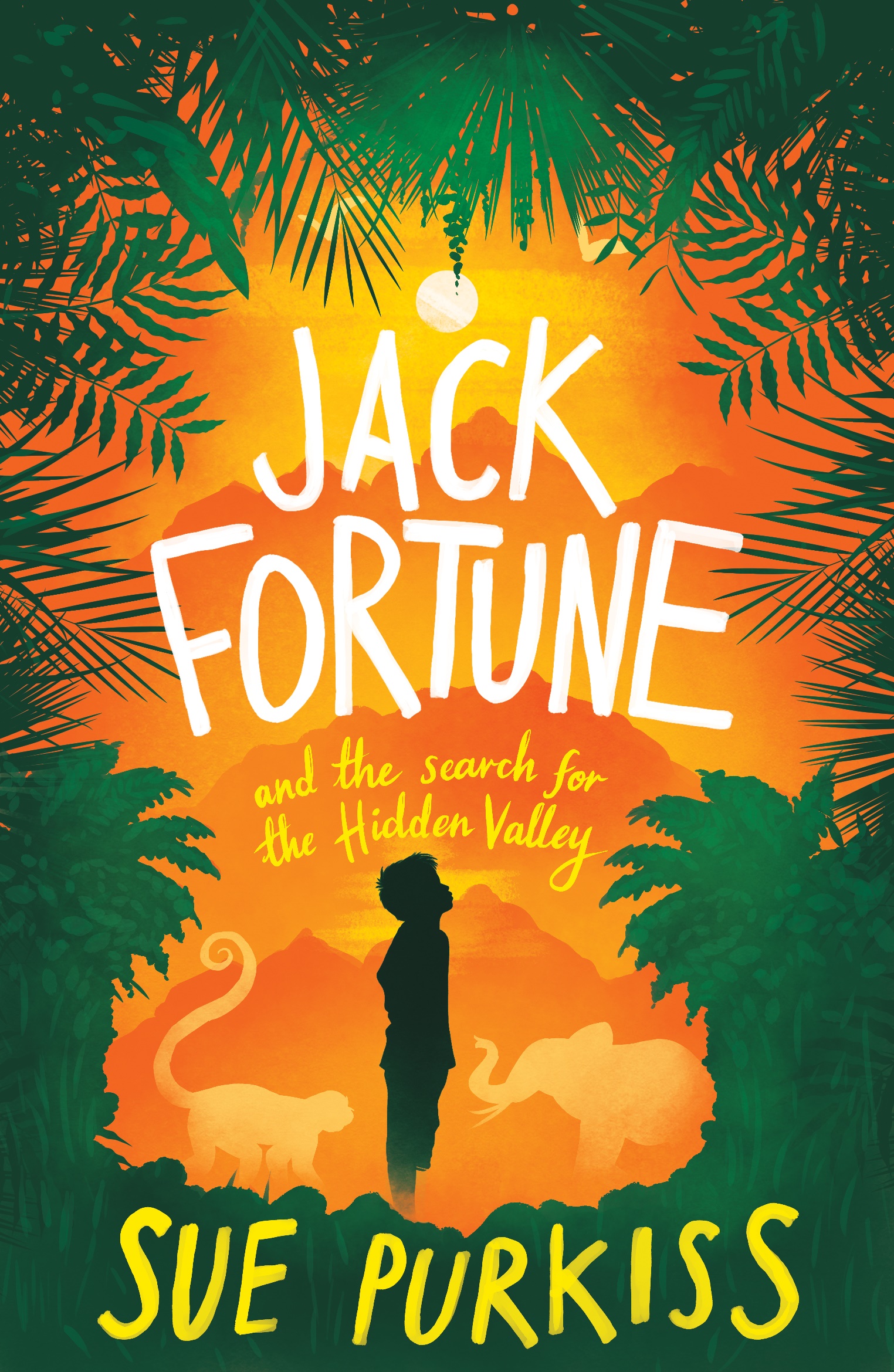 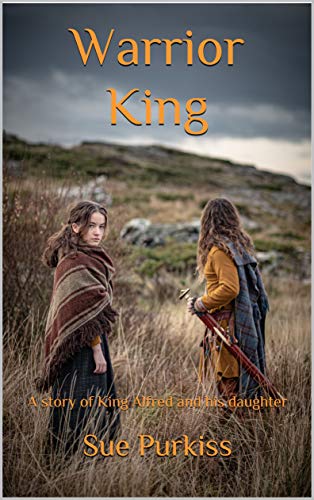 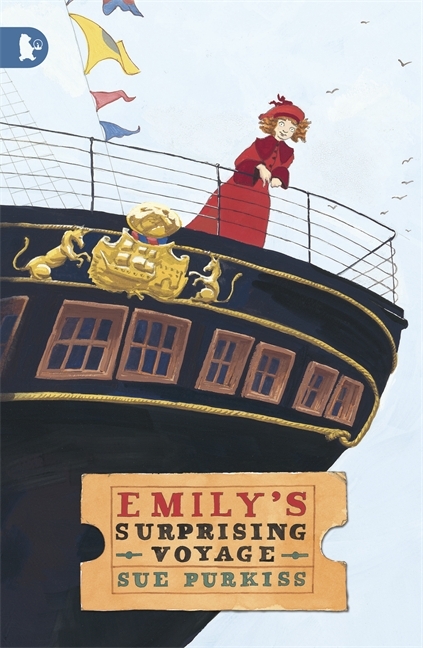