I’ve written several books for a series called Big Cats, published by Collins. (Sorry if you thought this was going to be a page about tigers and cheetahs!) Big Cats are mostly for use in schools. I’ve had three books published so far. One is a retelling of Black Beauty, by Anna Sewell, another tells the story of Coleridge’s long poem, The Ancient Mariner, and the third is a retelling of Shakespeare’s Much Ado About Nothing. That was such fun to write; I felt as if I’d been for a little holiday in Sicily, where the play’s set – and Beatrice and Benedict are such brilliant characters. But I found myself getting very annoyed with Claudio! I’m in the process of writing another one now, about Shakespeare’s life and times.

The Ancient Mariner was an interesting challenge. It’s a puzzling poem in many ways; very dark. I loved the illustrations, which are by Amerigo Pinelli. Here’s one of my favourites, which shows a spectral ship in the light of a fiery sunset. 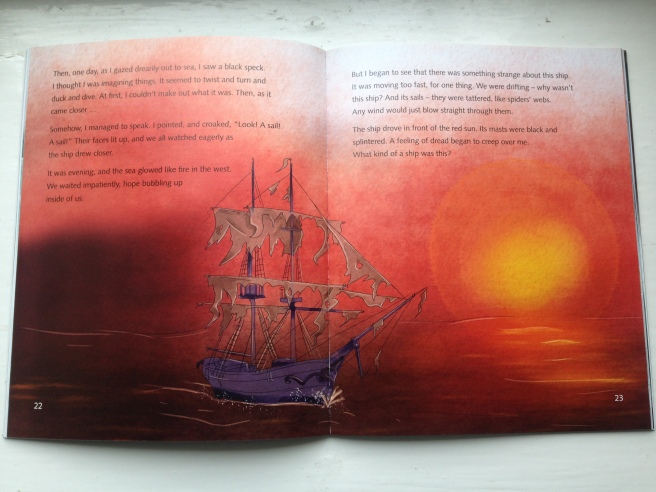 My next Big Cat, which comes out in September, is  called The Life and Times of William Shakespeare. Here’s the cover. 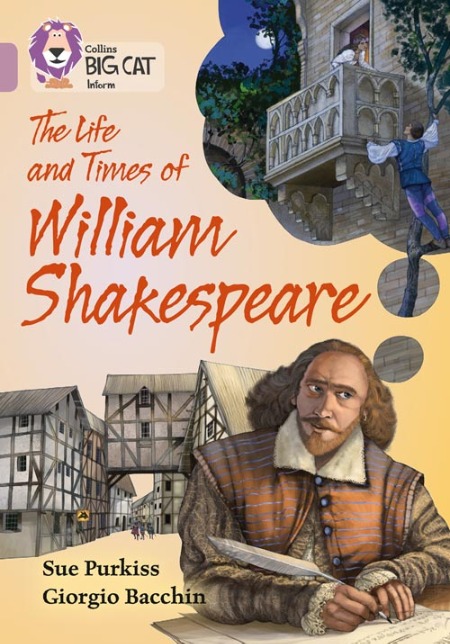